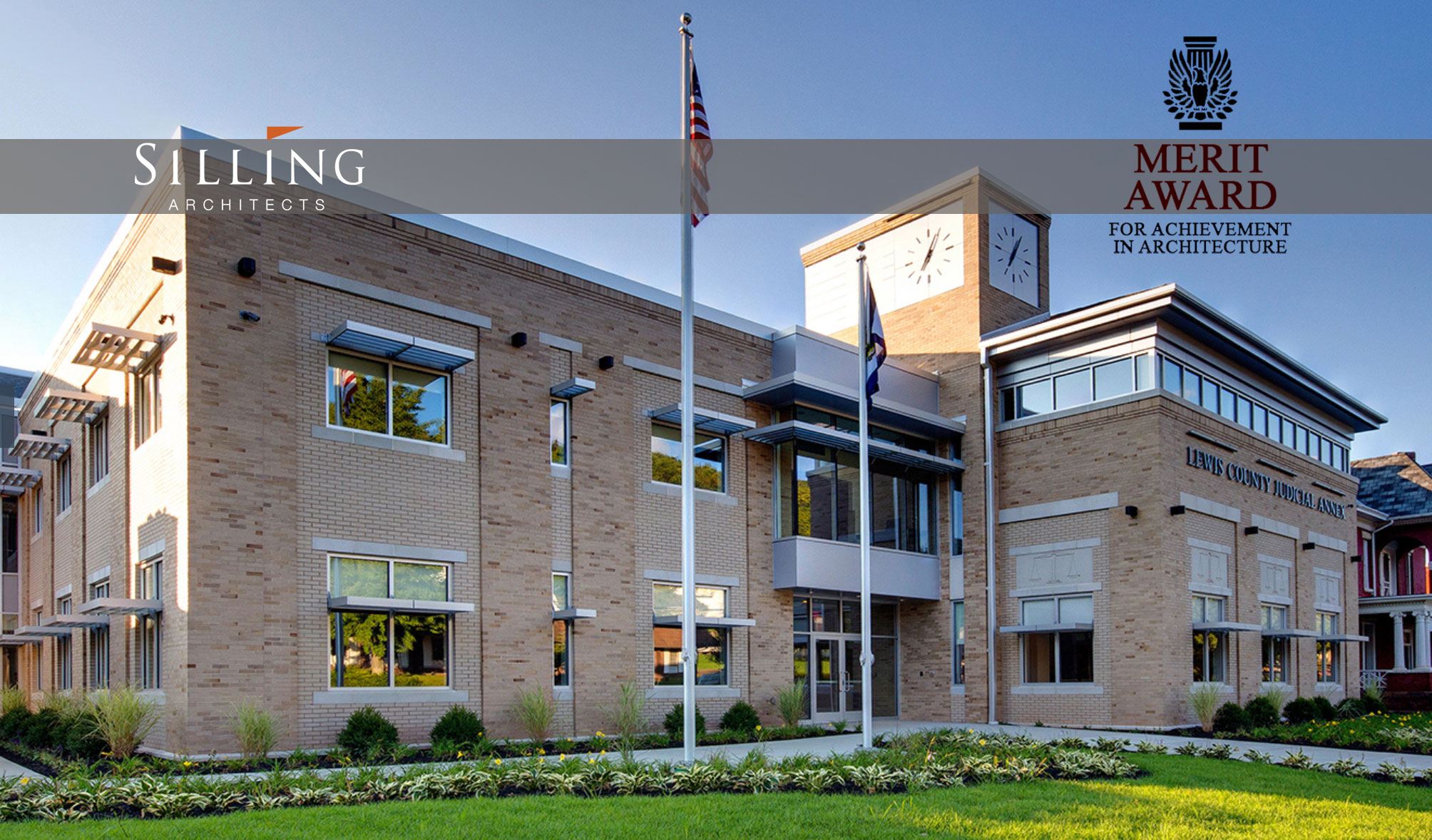 The design for the Lewis County Judicial Annex in Weston, WV has received a Merit Award from the West Virginia Chapter of the American Institute of Architects.

The Lewis County Judicial Annex is a new, 28,000 square foot facility that consolidates the Circuit Court, Magistrate Court, and Family Court from three separate locations into a single, modern, and secure court facility located directly adjacent to the rear of the historic Lewis County Courthouse. The development of the judicial building on County owned property with direct adjacency to the historic courthouse for operational purposes was a significant requirement of the Owner. The historic Lewis County Courthouse is located on the southwestern edge of the downtown commercial district of Weston, West Virginia. As shown in the aerial site image, the area oriented to the main entry of the historic courthouse toward Center Street is largely comprised of commercial structures. Conversely, the area to the rear of the courthouse facing Court Street includes numerous, two-story residential buildings, as shown in the site context images and views of Court Street looking north and south. Several of the residences in the area have been acquired by the County and are utilized as County offices. The new judicial building is located between the County Health Department and the old Magistrate Court Building directly adjacent to the south.

The building form and interior space planning responds to the specific “T” shape geometry of the site, the limited size of the property, and the residential scale of the immediate neighborhood. A significant goal in the development of the building mass was to create a formal image that was both appropriate for the courts while also respectful of the size of the surrounding structures. Accordingly, the exterior massing is broken into distinct “houses” to better approach the scale and slope roof lines of the immediate context. The building features a projecting mass toward Court Street that includes a clock-tower that gives the building an appropriate civic component marking the building entry and recalling the imagery of the chimneys of the nearby early 20th century structures. The projecting mass is detailed with a rhythm of rectangular brick arches surrounding an inset brick panel with punched opening windows. The windows are capped by cast stone tablets with the Scales of Justice to give the building a sense of monumentality and formality. The projecting element also features a ribbon of clerestory windows that caps the brick line in scale to the Health Department roof line and introduces natural light high into the Circuit Clerk records rooms. The exterior building materials include a brick blend that is closely aligned to the old Magistrate Court Building in order to create unity with the buildings on Court Street. Massing, form, and brick detailing are reflective of the existing structures in the neighborhood. Modern materials such as aluminum soffit panels and sun shades complete the composition. The interior space planning is developed based on justice facility Best Practice principles of secure zoning and separation of public, staff, and detainees. The public circulation is straight forward and follows logically to form the “T” shape. It originates from the secure screening at the main entry and intersects the main north-to-south corridor oriented to the front of the Magistrate Court on the first floor and the Circuit Court on the second floor. Both courts have direct adjacency to secure detainee holding which is accessed from a secure vehicle sallyport. Staff circulation is via a dedicated corridor to the rear and serves judicial offices and courts from the secure side. The Family Court is placed on the first floor directly adjacent to the public entry and security screening with immediate adjacent support by the Sheriff. 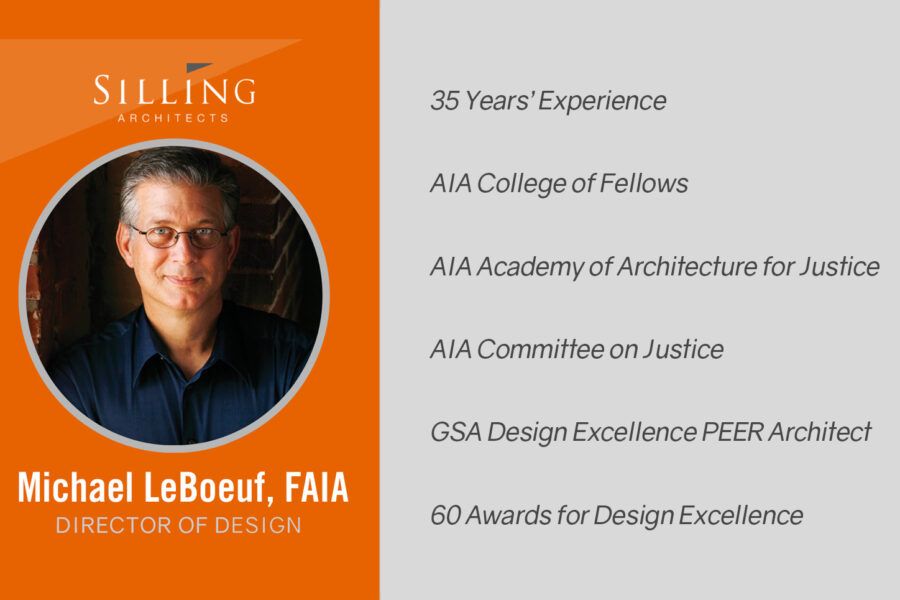