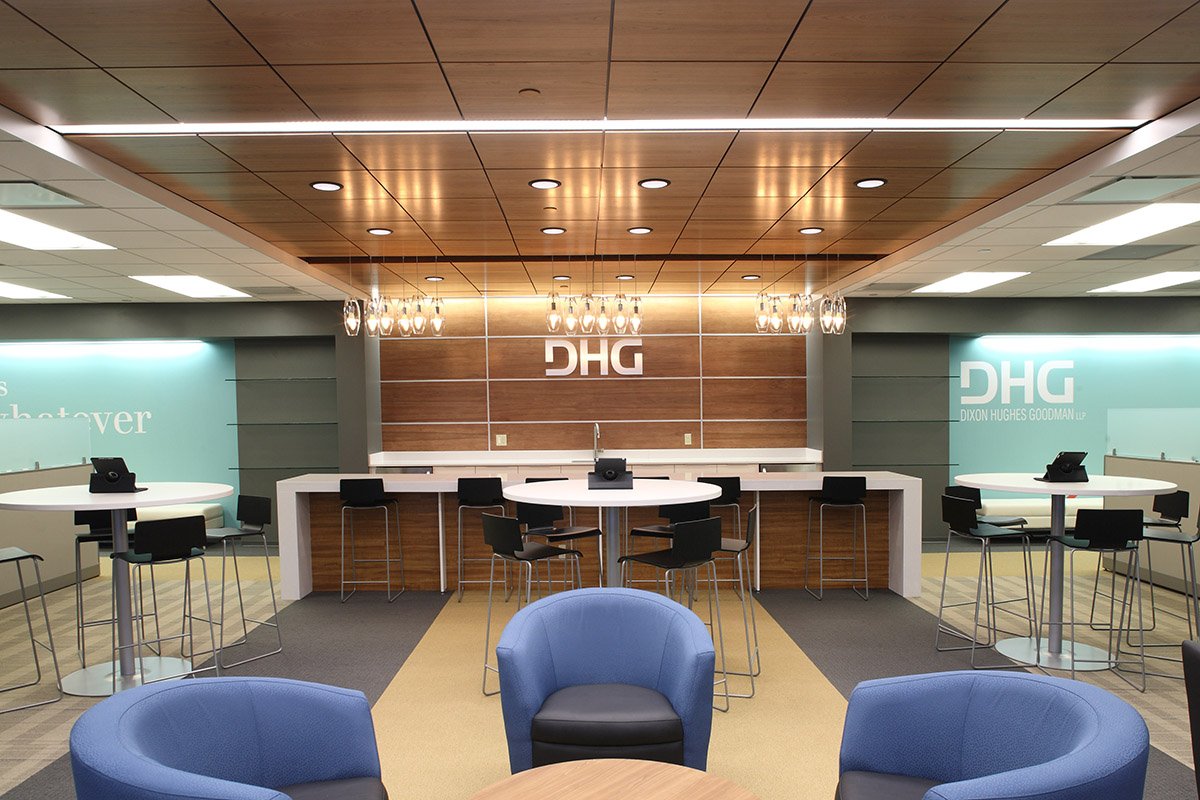 Charleston, WV – When someone steps off the elevator onto the eighth floor of the United Bank building in downtown Charleston, Richard L. Slater wants to challenge their ideas about accounting firms — both how they look, and how they work.

“If you think about traditional accounting firms, this is not something that would pop up,” Slater, regional managing partner for Dixon Hughes Goodman, said of the firm’s newly remodeled office space.

After 10 years in the Chase Tower downtown, the firm’s Charleston office moved a few blocks west to its new home. With that move came a new office setup, which embraces collaborative workspaces and transparency. “We want the outside world to see that we are not just a bunch of stodgy accountants,” Slater said. “We have some creativity.”

The new office design is Slater’s brainchild. He wanted his employees to feel more relaxed in their work environments, and to have an office space where they had the tools and resources to complete their tasks in multiple spaces.

The office renovation, which Slater said was a significant investment, features a coffee bar in addition to the firm’s kitchen, a collaborative area with couches and coffee tables with power outlets nearby and additional tables equipped with three iPad docking stations per table, each equipped with company software.

Glass windows line the offices along the parameter of the floor allowing natural light to seep into the firm’s space. “All of this was really about trying to refresh our look,” Slater said.

Slater hopes the Charleston office remodel will serve as a template for the rest of the firm. Previously, the office’s audit and tax divisions were separated. The new layout integrates the employees who would often work on the same accounts but rarely leisurely interact, Slater said. The space fosters what Slater calls purposeful collisions. Nothing would make Slater happier than coming into the office and seeing two employees talking over a cup of coffee that he has rarely seen converse in the past.

Through feedback received on employee engagement surveys, Slater said they realized a change of space and the feel was needed about two years ago. “We are doing everything we can to make [our employees] happy and retain our employees to grow the business,” Slater said. Making employees happy is about more than just providing a good salary and benefits, Slater said.

Dixon Hughes Goodman teamed up with one of its clients, Charleston-based Silling Associates architects, for the project. Brian Estep, who served as project manager, said the collaborative workspaces are becoming more popular across the country.

It all goes back to how the individual company wants to function, Estep added.

The collaborative office space approach lends itself well to younger workers, Estep said, many of whom recently graduated from universities and colleges that have open spaces where students work and gather. “So when [young workers] go out into the workforce and come into these older office spaces that aren’t really open, it’s kind of like, really — this is how they work?” Estep said. “Companies are starting to realize this and understand that providing a more open environment, a little bit more relaxed environment doesn’t necessarily mean that you’re adding to the distractions of the workday.”

Office designs seem to be cyclical, going from one extreme to the other, Estep said. He believes the trend is swinging toward more collaborative spaces following the lead of larger technology companies, which have incorporated amenities, such as fully stocked pantries of healthy food, yoga rooms and game rooms.

Kassie Moore, 25, has been with the firm since 2012 and believes the space makes more sense for an accounting firm.“It’s going to be better working wise when I sit across from someone in the audit department,” Moore said, who works in the firm’s tax division.

The office redesign was a nice surprise, Moore said. She agrees that it challenges the stereotypes of accountants plugging away at their numbers all day with little interaction.

Slater hopes the space is also inviting for clients. In addition to the collaborative space, one of Slater’s favorite aspects of the redesign is what’s known as the blue- sky room.

“We’re hoping for a bit of a re-birth of clients coming back into the office and interacting and mingling with us,” Slater said.

The room, which is surrounded by glass walls, features one wall that serves as a whiteboard where employees and clients can brainstorm and write on the wall. Black leather chairs, with small movable desks, fill the room.The blue-sky room will serve as a think tank — a place with no limits on creativity, one that fosters thinking outside of the box, Slater said.

The room is also equipped with a state-of-the-art projector, which will display presentations and images. The technology allows people to use a specially designed pen to make notes or add to the presentations, and with a click of a button, Slater said those presentations can be emailed or printed out.

The new design will allow the firm to host receptions, birthday parties and presentations in a more open, inviting space, Slater said.

“Either it’s going to be wildly successful or we’re going to crash and burn big time,” Slater said. 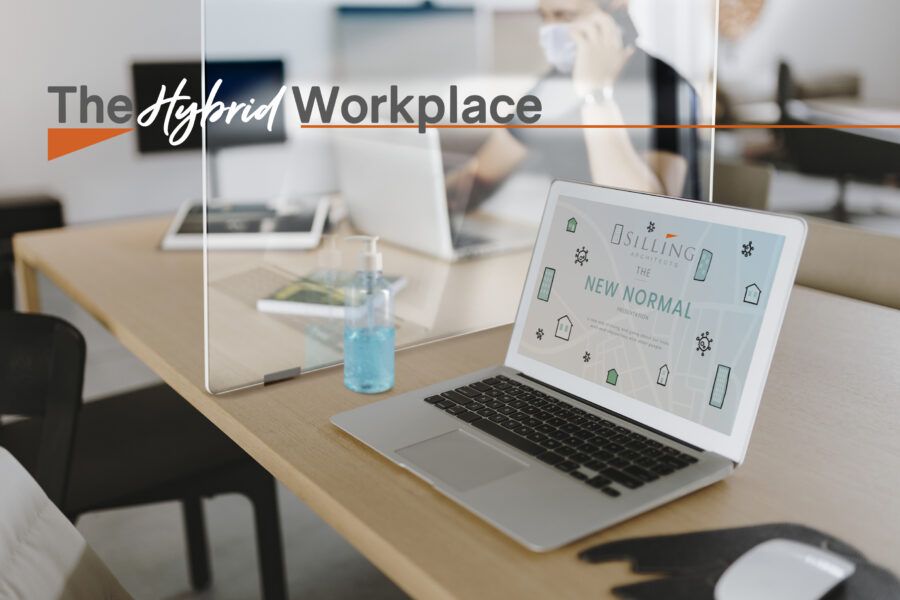 Adjusting to the Shift – The Hybrid Workplace